For Youth By Youth. By Lamia Makkar 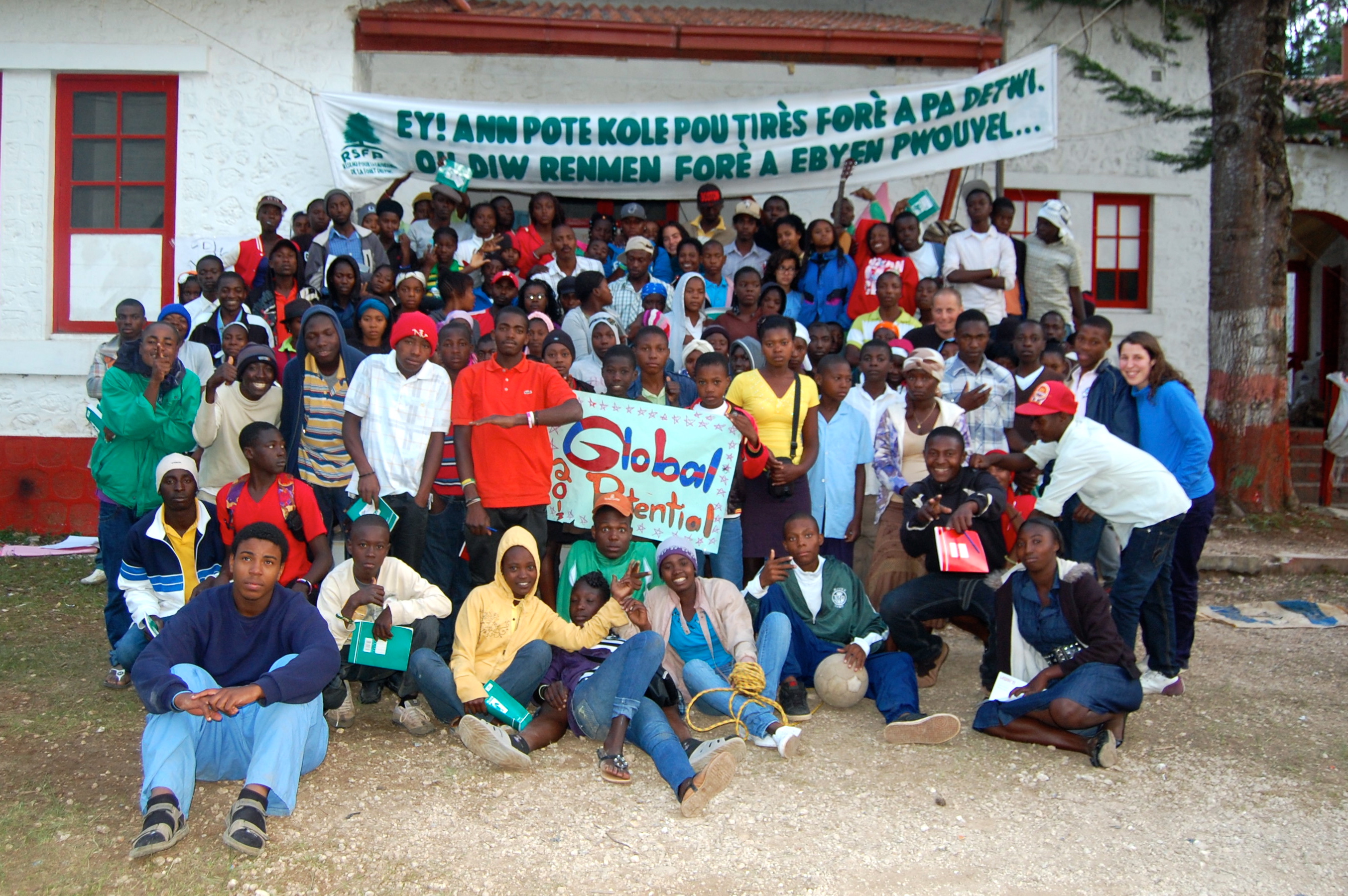 Thoughts from Lamia Makkar, a participant of the Global Potential/JUMP! Conference in Forêt des Pins, Haiti on July 31-August 3.

I’ve been to different conferences around the world, participated in a number of workshops, action planning sessions, keynote presentations, and whatever else… and yet, going into this conference, I really didn’t know what to expect. ‘This is Haiti. This definitely will be a new experience.”

The conference took place in Forêt des Pins in the Fonds Verrettes region of Haiti and was technically only two full days: 1st and 2nd of August. There were 159 participants from 27 different communities in the area, ranging 15 to 22 years old, and as few staff as possible this was an event for youth by youth.

Unlike most of the conferences I’ve been to, the defining factor of this one was that the discussion topics were generated by us: we wrote down the subjects we wanted to talk about and based off of the majority, six topics were chosen for each session. Our first conference day focused on debating and examining the issues and the second day was oriented towards finding a solution or creating projects to deal with the issues. I really loved this set-up for two primary reasons. First of all, aside from only learning about all these interesting issues that Haiti faces, this system also allowed me to see which topics the local youth find most urgent, which ones they prioritize, and which ones they are more eager to develop plans to tackle. Rather than only learning about the problems that the society faces, I got the chance to learn about the most important issues from the youth’s point of view.

I also loved this system because so many times I have been to a conference where there was only one session being run at a time, on one specific topic that was mandatory to attend, but I had no interest in. Since we had six choices for every session- and since I had an input on what six those were- there would always be at least one that I was eager to attend. When there was more than one session I was interested in, I would still have a chance to learn about the topics I didn’t go to since each group went up and (quickly) presented what they had discussed. I found that truly great and, as a result, I was always engaged in what was happening.

There was one thing that I noticed at the conference that is going to stick with me for a long time, and that is how motivated every single local participant was to better their country. It’s great that even though most of them live in poverty, even though they may or may not have all gotten an education and even though their normal lives are tough enough, they still want to be able to impact their community in a positive manner. But, it wasn’t the same kind of hope I’ve seen in other countries, it was more than that. The youth understand their problems and the solutions and they are taking it into their own hands. They understand that if they don’t solve their problems themselves, no one will. They’ve learned from their history not to just depend on foreign aid: they are independent and action oriented. It is not just ‘I-want-my-country-to-be-better’, it is ‘if-my-country-is-going-to-be-better, then-I-am-the-one-that-is-going-to-have-to-do-something’. There were a lot of great things about the conference, but this self-sufficiency and ambition, in itself, sincerely inspired me. They don’t have nearly as many resources for their projects as we do, and yet, they’re doing more than us.

This experience was especially absorbing for me, (being among the only 5 non-Haitians there) in addition to learning about Haiti’s problems and coming up with solutions, I learned a ton about Haiti as a country and culture. I wouldn’t have been able to do this if I had attended a conference about Haiti, abroad. Though I did feel like a bit of an outsider at times, (like when they were talking about all the projects they would carry out after the conference- because, even though I didn’t want to, I would be leaving practically the day after it was over) and though yes, after having only been in Haiti for under 2 weeks, my Creole was still very limited and understanding absolutely everything they said was a bit of a challenge. All in all, I had a great time and it was better than what I could have asked for. I was able to meet youth from all sorts of different communities and get a look into their daily lives and I got to hear about Haiti’s problems from the people who live with them every day and thus understand them better than anyone else. And, frankly, that couldn’t have happened anywhere else. Thank you Global Potential, JUMP!, and all the participants; I learned a lot.