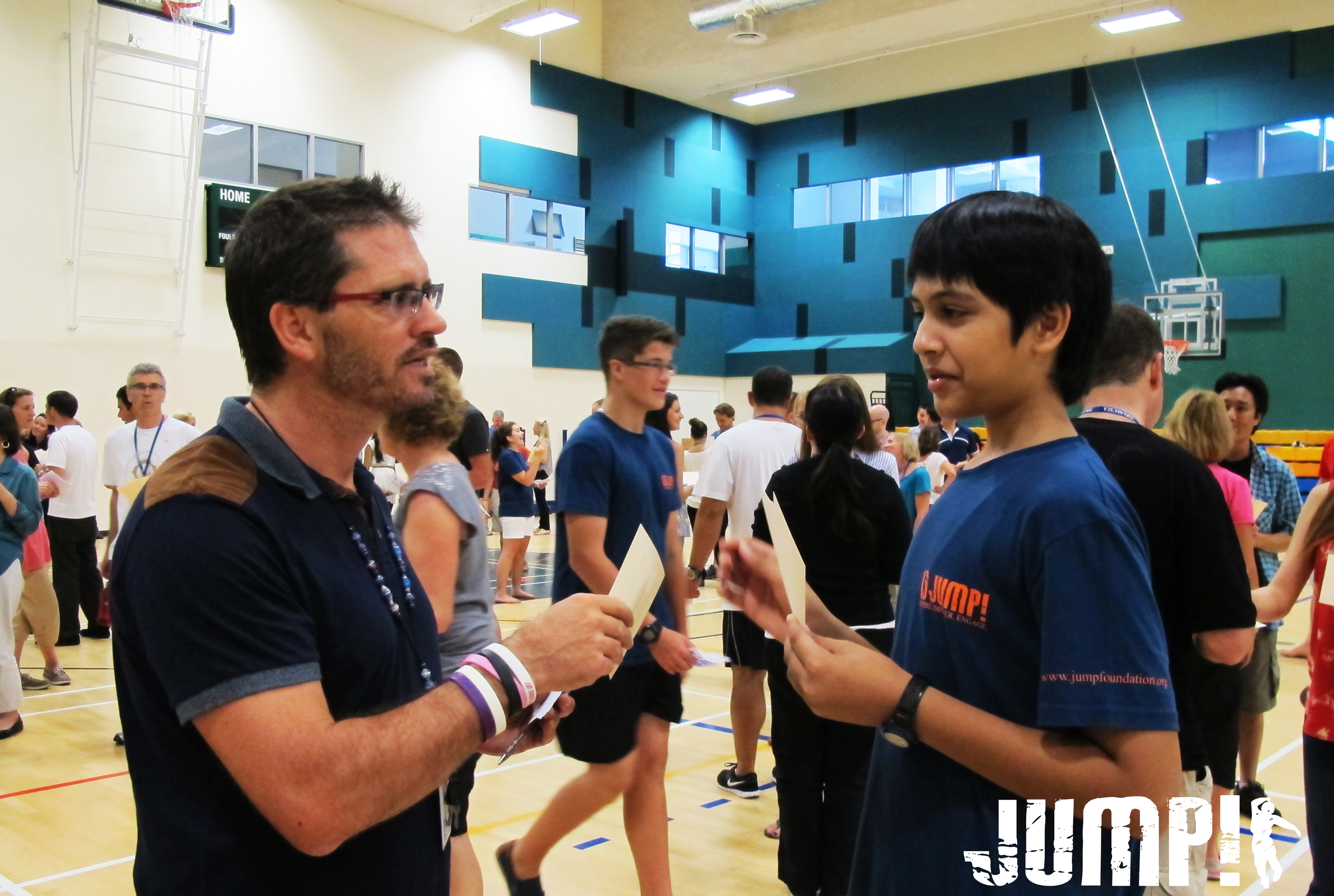 On August 12th at UWCSEA in East Singapore, a JUMP! Program was held for all the educators of the school one week before the academic year started. The aim of this annual event is to inspire, empower and engage the participants through experiential learning opportunities, fun activities and deep discussions. For the educators, the purpose of the program is to build a better foundation for the year of teaching by getting everyone engaged within their school community. JUMP! has facilitated many Educator Programs all over the world but this one was a little different…

This JUMP’s UWCSEA Educator Community Day challenged its participants to push the limits of how we see education. This was the first JUMP! Educator Program to use students as co-facilitators. This meant that students were facilitating their educators, turning the conventional hierarchy of education upside down. Empowering the students to facilitate their own teachers is a good example of the JUMP! mission; to inspire, empower and engage youth all over the world. But first the students needed training and tools to be able to handle their educators and approximately 20 students from UWCSEA trained for 2 days in May, and then half a day in August preparing for the Educator Community Day.

Nishant – one of the students who got to facilitate his own teachers – tells about his JUMP! experience:

“The first part of our training was doing the activities that we (Junior Youth Facilitators) were going to facilitate. This helped give us an idea of what the teachers would think and what questions they would have. While doing these activities, we were also challenged think about how we were going to facilitate them. The JUMP! senior facilitators told us about the tools they use to facilitate effectively, such as “the five finger throw” (an energy check-in tool).”

“We were taken through the different roles that JUMP! Facilitators have and I was surprised to learn that as a Facilitator, there is a lot more work to be done other than standing and talking into a microphone. Facilitators also have to manage equipment and answer people’s questions.”

“Near the end of our training, we split into our grade level groups and tried facilitating an activity called “Bobsled”. After we were done planning and rehearsing, the groups took turns facilitating; one group would run the activity while the other groups acted as the teachers. After the end of every practice, the other groups would give feedback and suggestions on how to improve. This ensured that on the actual day, every group was ready to facilitate.”

“I have participated in three JUMP programs before; one in Abu Dhabi and two in Singapore. I was very excited when I learnt that I was going to train to become a Junior Facilitator. From this experience, I have learnt how to be a better collaborator. Now I am also more confident when speaking to large groups of people. I hope to have the opportunity to facilitate many more events and sessions in the future.”  -Nishant Kumar Singhal

JUMP!’s UWCSEA Educator Community Day was indeed very successful. And since this JUMP! Program, JUMP! has already held several more successful Educator Programs in Malaysia and the UAE. One them again using students to co-facilitate their educators.

JUMP! believes in the potential of our youth and continues to find ways to inspire and empower students and by involving them in the JUMP! Educator Programs is a good start.